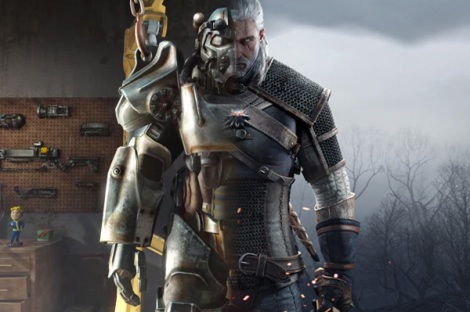 I had a problem last year, I was a victim of my own hype train. I spent months watching footage and reading previews of 2015’s biggest RPG games. I was thirsty for the new worlds, I was hungry for interesting endless quests and I was earning for rich and beautiful landscapes. Did I get that?

In May last year I solely bought my PS4 for one game.. The Witcher 3, which by chance came out on my birthday. When I had everything set up, installed and I was sitting in my comfy chair I started my new adventure as Geralt of Riva. I was beyond excited, I had researched this game I knew all that there was to know, except that it just wasn’t for me.

I tried so hard to tell myself that I was having fun “Hey Sarah you just killed a massive griffin how cool was that, this game is amazing right?”…. “hmm yeah I think so? “ I wasn’t sure, and how the hell can you not be sure if your having fun?  If you have to question it then you are NOT having fun at all.

This game was made for me, open world, endless hours of gameplay, fascinating characters and stunning graphic. so what was going wrong?

I came from Dragon Age Inquisition straight into the Witcher 3 and when I was in combat I found myself missing the more tactical approach, I felt myself looking over my shoulder eagerly waiting for he rest of my party to show and take these enemies down. I was lonely as Geralt and although some might disagree Geralts company isn’t the most interesting for the 100’s of hours you going to be spending in game. To be honest Geralt is quite.. bland, boring and I actually didn’t like him I felt like this toward most characters I met on the road. The NPCs I know are written well with plenty to say but I didn’t like rolling into town listening to the hate and snide comments this dark and hateful world was brining me down. I know eventually Geralt changes their minds after endless streams of quests but I personally didn’t even want to help them. This world was dark and during the time of playing it I was in a pretty tough place, this is the last world I wanted to escape to.

When I moved Geralt for the first time, he had a mind of his own he was turning corners like he was in Moto GP. He was all over place I hated the movement and even though they made a new option for improving it I still disliked it. I felt like Geralt was rebelling against me. I found myself getting frustrated when having to move one place to the other. I also found the menus to be cluttered and rather annoying to go through. When I combined all these things together I knew this was not the experience for me but there’s always Fallout 4 to look forward to…

Here’s the thing I know why The Witcher 3 won so many awards, I understand why it has been so successful it just wasn’t to my own personal taste. However Fallout 4 was a massive disappointment to many people not just myself. As you may know Fallout is a hugely successful series made by the hugely successful Bethesda. So what could possibly go wrong? 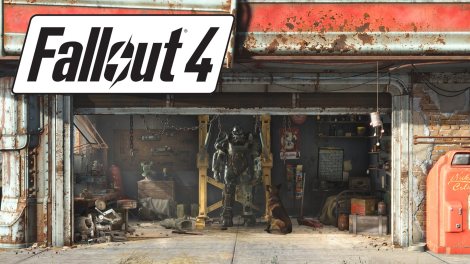 Well they could more or less just throw out Fallout 3 part two and pretend its 4.

Fallout 4 to me wasn’t the big next gen post apocalyptic RPG I was longing for. It was Fallout 3 with the options to build a few sheds in your back garden. I don’t even think I ever wanted a Minecraft infused fallout? The thought never even crossed my mind. The building is terrible the controls are just frustrating and to be perfectly honest the game doesn’t give a hairy crap what you make as long as there is beds, food, water and defence.  The characters that I spent hours crafting and building for were boring and annoying ( there is a few exceptions) but on a whole there was nothing really keeping me wanting to help these guys survive. The minute men tried to make me care but as the “go here, kill these guys and then build” quests kept coming the less and less I cared. So I started to roam, maybe I’ll stumble into some amazing sub-quest, I thought to myself..nope. I heard this description ‘A Besthesda game is a vast ocean but only 2 centimetres deep’ and Fallout 4 was a classic case of that. The first 5 hours were fun I was enjoying myself but then the hype train quickly ran out of steam  the game was keeping me busy rather than keeping me entertained. Soon that niggling question resurfaced at the back of my mind.

“Sarah you just killed a huge Death Claw, isn’t that so cool?  This game is great right?”

No, not it wasn’t when I compare my experiences with both these games to the likes of Until Dawn or Bloodborne they don’t even come close to the amount of fun I was having. When I compare the questing in Fallout 4 to the likes of Pillars of Eternity it was shot down instantly.

I do think 2015 was a fantastic year for games, it will probably be remembered as one of the best years for games, I personally just didn’t get along with two of the big ones. If I was to choose my game of the year it would probably have to be Until Dawn closely followed by Bloodborne. It’s a shame that the ones I wanted must didn’t live up to the hype I made for them.

So what are you biggest disappointments of 2015 or what is you game of the year?

Let me know in the comments!!

I would like to note that these are my own personal opinions during the time of playing these games. I understand people may strongly disagree with the points I make but this are my own views and mean no offence to fans or creators.