Most of the people here reading my posts are gamers and I bet you most of them can tell us where their first gaming experience began.

The first moment you set eyes on the mesmerizing flashing images on a title screen, the first time you held a controller and the first world that had you hooked for hours on end.

Although these seem like very small things, to gamers these monumental and will stay with us forever.

One of my first gaming experience was when I was visiting my aunties house in the country side. I was pretty young,  it was warm out.. well warm by Irish people’s standards. Like most tom boys I was outside wrestling taking down anyone 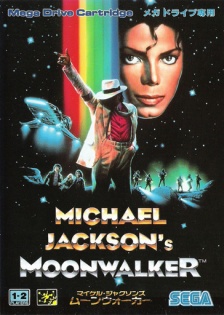 who challenged me. When the sun was too much for my pale pasty skin ( red heads are not good in the sun). I went inside to find my cousin playing what might have been the coolest thing I have ever seen.. a SEGA MEGA DRIVE. My mind was blown, he was playing the Michael Jackson, Moon Walker. Okay maybe not the coolest game of all time but to me it was. I stood there transfixed as I watched him play his way through the levels, back then these graphics felt like the most life like mind blowing visuals of all time, it was like magic. I cheered to every level he cleared and every boss he fought.

I had to get my fix, for months I begged my parents to buy me one. I needed this in my life… with constant crying and pleading they gave in. A few weeks later there I was with my Dad setting up my very first console. Fast forward two hours later there I was running down the stairs crying because my neighbour thrashed me at Mortal Kombat, however this memory will always stay with me fondly even though I did ask my friend to leave and never to return.

My favourite gaming memory which will not be a shock to anyone who has read my past pieces is Final Fantasy IX. Anyone who knows me well enough knows that this is a massive part of me. The reason that FFIX is so important to me is because it is the game that it just captured every thing I looked for in gaming. The visuals even to this day hold up, yeah it isn’t going to blow you away but the environments and story are just wonderfully done. This is probably one of the silliest memories but I’ll never forget when in a cave Vivi has to use a fire spell on a frozen Moogle after doing so the little guy curses ( which we all would after being set on fire) but seeing the curse word on the screen had me and my fellow eleven year friend laughed uncontrollably, we replayed that scene over and over.

World Of Warcraft is massive gaming first for me. I never experienced an actual an living virtual world.. people running past in a rush to complete their latest quests, joining a real community and the countless locations for me to explore without leaving even my room just fascinated me. I will always remember the first time I created my character.. spending so much time to perfect my look clicking through all the different options, eventually I settled on making my own version of Beatrix from FFIX . 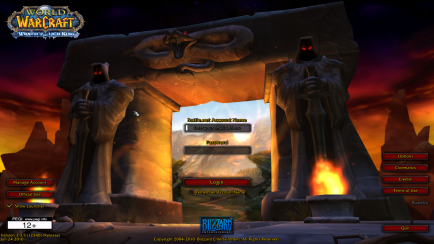 I was transported to a beautiful new virtual world at a scale that I could never imagine a game to have. I spent hours taking on new quests and tasks with people I have never met before this was my first real experience of what multi-player felt like. It was hard to wrap my head around the fact that these little character running around my screens were people just like me sitting at their computers getting on with their own virtual life.

Gaming is a huge part of my life so many memories and friendships have been built around it.

So tell what are are your gaming firsts or memories? Let me know the comments!